Inspired by the TV series Peaky Blinders and based on an original recipe from the early 1900s, Bushmills Peaky Blinders Prohibition Recipe Irish Whiskey has fragrant hints of toffee, sage, citrus and subtle notes of leather. This blended whiskey is capped with a rich amber hue and has sweet taste with a smooth finish.

Peaky Blinder's Inspired by the hit TV series on BBC is this special edition whiskey from Bushmills. It has aged whiskey from 100% Irish malted barley and Knappogue Castle water. It's triple-distilled for exceptional quality, so enjoy this iconic whiskey in cocktails or straight.

The whiskey was carefully overseen by Master Distiller Colum Egan to create something special for consumers: a whiskey that is true to the era – a taste of Prohibition - but also overachieves in complexity and intensity, a true testament to the Peaky Blinders way of life.

On the nose, a dense bouquet of barley, fresh oats, honeycomb, dried fruits, and baking spices. The palate is big and bold, bursting with flavors of rye bread, orange marmalade, almonds, and cinnamon, finishing long and full with zesty citrus oils and vanilla bean.

"Whiskey's Good Proofing Water. Tells You Who's Real And Who Isn't." - Tommy Shelby 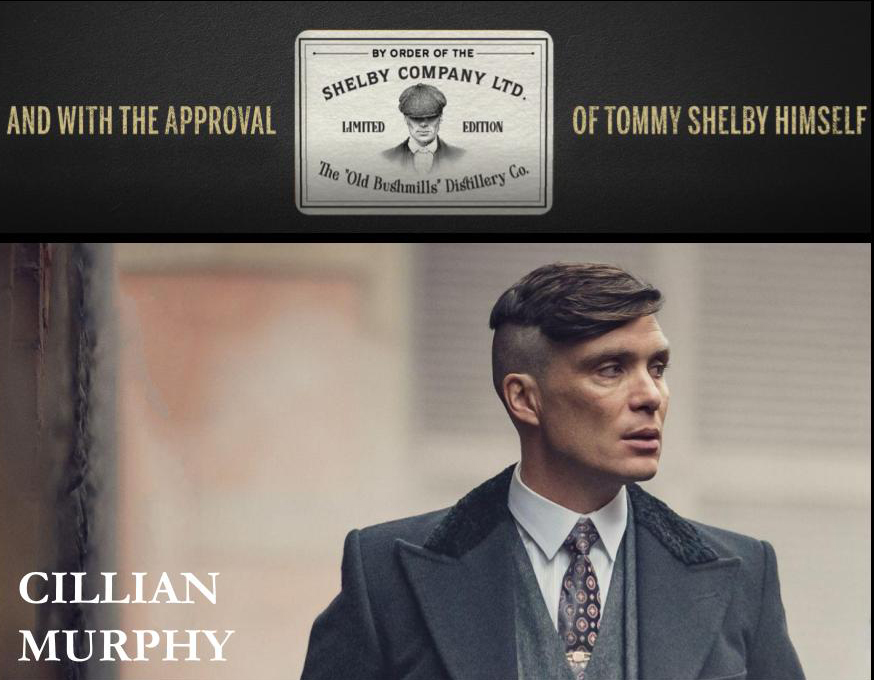 How to make "The Shelby Sour"