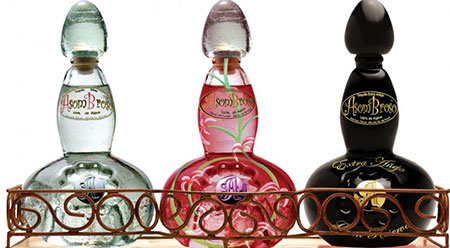 The way tequila appreciation grabs you can take you a little by surprise. Years ago, tequila was used in cocktail to drink with your mates, a slammer or a shot. Taste had nothing to do with it back then, it was all about the results.

But I like to think I’ve grown up. That I’ve matured a bit. I can honesty (and thankfully) say that I’ve put most of those sordid memories of terrible (honestly they were dreadful) hangovers aside and now have begun to appreciate for real what tequila is, and why good tequila should be savored. Slowly.

Tequila, is weaving its magic, and is imprinting itself upon my very soul, I find myself always wanting to know and experience more. So I was delighted to spend and evening recently enjoying AsomBroso.

So, tasting evening over, as often happens after such an occasion, my interest in what we were drinking was piqued and I wanted to know more. Let me say from the outset. This is not a review. What I found out was pretty amazing though as if nothing else, it has shown me that I’m not the only one who has had a bit of an 'awakening' where tequila is concerned. Mind you, this awakening is on a whole other level.

The guy who owns AsomBroso, Ricardo Gamarra used to have two (very successful) businesses in the automotive advertising industry and which were based in California. He was doing great, then around ten years ago, just like me, he became tequila obsessed. His life appears to have become totally dominated by his new and all encompassing passion.

Gamarra must be a very focused and driven guy. He followed his passion pouring his life and soul into learning about the humble agave, and I have to say, his dedication has achieved stellar results. Not only is he the founder and owner of AsomBroso, he is also its master distiller.

If you look at tequila bottles like I do, you will have noticed how unique some are. Well, AsomBroso is no exception. The bottles are 100% instantly recognizable. Handmade and embossed with letter “A” in the center of a sun they are… rather unique. It might be just me, and although the story of how they came about shows it was not intentional, but to my eyes they seem well, almost phallic.

I read that having searched for a bottle he felt was worthy of his tequila brand it was by chance during a visit to an 18th entry castle in England that Gamarra laid eyes upon an antique crystal decanter there.

This handcrafted and decidedly old decanter was decorated with a delicate Milliefiore ‘Thousand Flowers” design. We’ve already discovered Gamarra is passionate, he is driven and obsessed. So you should not be surprised to know that he decided there and then that the bottle had to be his, and paying the the sum of $2,200 he returned with it to America. Once back on American soil set about trying to find someone who could replicate his decanter. Although unable to find anyone who could do so precisely, he did find a Mexican producer who could handcraft bottles with the same dimensions, and so with a similar appearance.

With his now trademark drive and determination Gamarra set about recreating his AsomBroso using the original AsomBroso tequila recipe, a formula originating from the time long ago when the first agave heart was processed.

Let’s leave Ricardo Gamarra for a moment and travel back in time……. The AsomBroso recipe was coveted, its secrets closely guarded, known to only a few. One story says that rather than tell the recipe secrets during torture, a man instead chose to die. Legend has it though that eventually the recipe was written down in an ancient language. However during conflicts and raids, the precious recipe was hidden away and ultimately was lost. The conquering raiders though they tried, failed in all their attempts to replicate it. Four centuries passed, until during a dig, two brothers rediscovered it. With expert help they had the text deciphered and were able to translate the ancient script. Having done this the brothers traveled to the city of Teuchitlan (in central western Mexico) the brothers consulted the Spirits asking their permission to make AsomBroso again. Legend doesn't tell us what Spirits told the brothers, suffice to say that they must have approved because AsomBroso tequila was ‘reborn’

Joining Gamarra again now; following and keeping closely to these time honored and very ancient traditions, Gammarra’s AsomBroso tequila is made using only 100% organic blue agave, and blending traditional and modern methods, each expression is created with precision. Lovingly, and carefully.

It is surely testament to the quality of this craftsmanship and skill that Gamarra’s AsomBroso has already won, not only the respect of the Consejo Regulador del Tequila (the Tequila Regulatory Council of Mexico), but also of spirit critics, tequila connoisseurs and of its customers.

The AsomBroso brand portfolio includes the very highly acclaimed El Platino Silver, itself made using a proprietary process (those carefully coveted traditions again!). With hand-selected agave hearts El Platino undergoes a series of distillations and filtrations all designed to achieve the ultimate smooth and very sweet caress at the finish. Having enjoyed El Platino during my evening, I can say that it achieves this admirably and is an outstanding tequila deserved of its many awards which include, not only the prestigious San Francisco World Spirits Competition Gold and Double Gold medals, but also beating 300 other contenders, achieved Best in World.

The experience of El Platino is anise and dried herbs with a kick of fennel on the nose. Aeration in the glass releases the multitudinous layers present in this tequila. Agave, chocolate, olive and rye bread, peppery and sharp at the start, by mid plate the softer flavors of sweet peppers and ripe agave appear, before a long drawn out finish that is toasty and mellow.

Another gold medal winner I also tasted is La Rosa Reposada. This expression is the first in the world of its kind. It begins life as the gorgeous El Platino, and then has a three month reposado (rest) in casks that are made from French oak and which once held and aged fine Bordeaux wine. During those those weeks it takes on, along with the wines characteristics, a delicate pink coloration.

The aroma of La Rosa Reposada is light, delicate and sweet. Rolled around the glass a while, aeration releases the convoluted characteristics of vintage Bordeaux entangling it with the spicy, peppery tequila before leaving you softly with a sweet gentle vanilla finish.

Gran Reserva, I didn't try. It is a full bodied 5 year Añejo that is aged in French oak barrels. It too holds gold and double gold San Francisco World Spirits winner medals of which I am certain it is worthy.

Joined by what has been described as ‘Nectar of the Gods’, and which again, I did not get to try is Vintage 11 year Extra Añejo which once again has been aged in French Oak barrels.

With such a young company, and short history (albeit with the foundation of those ancient recipes) incredibly, these four are joined by another three very special expressions all of which have been double barrel rested. The first of these is Del Porto which as its name suggests has rested in casks previously used for premium Port. Then there is El Carbonzaro which is rested in barrels previously used for Tennessee Whiskey, and then there is the intriguingly named The Black Pearl which is rested in barrels that once held premium wines; Cabernet Sauvignon, Malbec, Petit Verdot, Merlot and Cabernet Franc.

As if this “super seven’ weren't enough, Gamarra’s AsomBroso also also brings to the table Shelby, a limited edition commemorative expression which connects to Gamarra’s previous line of work in the automatic industry and was in fact launched to celebrate his longstanding friendship with racing and car design icon, Carroll Shelby.

Last, but certainly not least is an expression named The Collaboration. This is a Cabernet Sauvignon Añejo made with AsomBroso Vintage 11 year Extra Añejo and rested further in wine maker Silver Oak Cellar’s American oak casks.

As you would expect, each of these ultra premium expression are presented in specially designed, unique one of a kind Millifiore crystal decanters, all with the totally recognizable shape but with beautifully crafted and artistic features.

Having been fortunate to have enjoyed just two, there is no doubt in my mind at all that whichever AsomBroso you choose, from the first time your eyes feast upon it then breath in its wonderful, seductive aroma, to the depth and complexity of taste and flavor, that trust me, you must explore languidly, to its elegant and graceful finish, that this tequila is something incredibly special.

Do let me know which one you choose, I would love another evening….